Fall is UPON US!!! I don’t know why but something about this time of year just reverberates through my soul and leaves me all cozy and warm. Yes, I am one of those pumpkin spice lovers and I make NO apologies for it. Besides, I need my pumpkin spice flavored treats for these massive books I’m going to attempt to read. I predict I can finish maybe two. Fingers crossed. 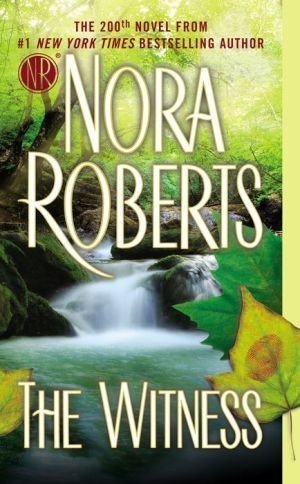 Daughter of a controlling mother, Elizabeth finally let loose one night, drinking at a nightclub and allowing a strange man’s seductive Russian accent lure her to a house on Lake Shore Drive. The events that followed changed her life forever.

Twelve years later, the woman known as Abigail Lowery lives on the outskirts of a small town in the Ozarks. A freelance programmer, she designs sophisticated security systems — and supplements her own security with a fierce dog and an assortment of firearms. She keeps to herself, saying little, revealing nothing. But Abigail’s reserve only intrigues police chief Brooks Gleason. Her logical mind, her secretive nature, and her unromantic viewpoints leave him fascinated but frustrated. He suspects that Abigail needs protection from something — and that her elaborate defenses hide a story that must be revealed.

With a quirky, unforgettable heroine and a pulse-pounding plotline, Nora Roberts presents a riveting new read that cements her place as today’s most reliably entertaining thriller — and will leave people hungering for more.

The setting is Atlanta, Georgia — a racially mixed, late-century boomtown full of fresh wealth and wily politicians. The protagonist is Charles Croker, once a college football star, now a late-middle-aged Atlanta conglomerate king whose outsize ego has at last hit up against reality. Charlie has a 29,000 acre quail-shooting plantation, a young and demanding second wife, and a half-empty office complex with a staggering load of debt.

Meanwhile, Conrad Hensley, idealistic young father of two, is laid off from his job at the Croker Global Foods warehouse near Oakland and finds himself spiraling into the lower depths of the American legal system.

And back in Atlanta, when star Georgia Tech running back Fareek “the Canon” Fanon, a homegrown product of the city’s slums, is accused of date-raping the daughter of a pillar of the white establishment, upscale black lawyer Roger White II is asked to represent Fanon and help keep the city’s delicate racial balance from blowing sky-high.

Networks of illegal Asian immigrants crisscrossing the continent, daily life behind bars, shady real estate syndicates — Wolfe shows us contemporary America with all the verve, wit, and insight that have made him our most admired novelist. Charlie Croker’s deliverance from his tribulations provides an unforgettable denouement to the most widely awaited, hilarious and telling novel America has seen in ages — Tom Wolfe’s most outstanding achievement to date.

3) The Story of Danny Dunne by Bryce Courtenay- page count: 610

In the aftermath of the Great Depression few opportunities existed for working-class boys, but at just eighteen Danny Dunn has everything going for him: brain, looks, sporting ability – and an easy charm. His parents run The Hero, a neighbourhood pub, and Danny is a local hero.

Luck changes for Danny when he signs up to go to war. He returns home a physically broken man, to a life that will be changed for ever. Together with Helen, the woman who becomes his wife, he sets about rebuilding his life.

Set against a backdrop of Australian pubs and politics, The Story of Danny Dunn is an Australian family saga spanning three generations. It is a compelling tale of love, ambition and the destructive power of obsession. 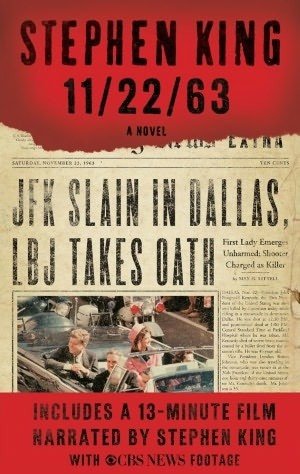 Life can turn on a dime—or stumble into the extraordinary, as it does for Jake Epping, a high school English teacher in Lisbon Falls, Maine. While grading essays by his GED students, Jake reads a gruesome, enthralling piece penned by janitor Harry Dunning: fifty years ago, Harry somehow survived his father’s sledgehammer slaughter of his entire family. Jake is blown away…but an even more bizarre secret comes to light when Jake’s friend Al, owner of the local diner, enlists Jake to take over the mission that has become his obsession—to prevent the Kennedy assassination. How? By stepping through a portal in the diner’s storeroom, and into the era of Ike and Elvis, of big American cars, sock hops, and cigarette smoke… Finding himself in warmhearted Jodie, Texas, Jake begins a new life. But all turns in the road lead to a troubled loner named Lee Harvey Oswald. The course of history is about to be rewritten…and become heart-stoppingly suspenseful. 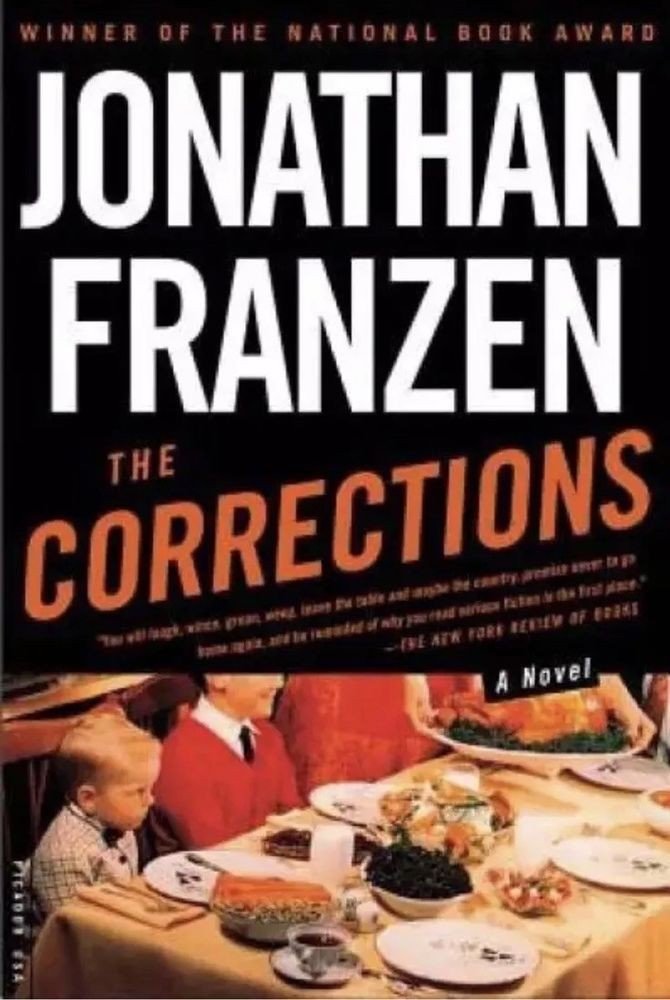 Jonathan Franzen’s third novel, The Corrections, is a great work of art and a grandly entertaining overture to our new century: a bold, comic, tragic, deeply moving family drama that stretches from the Midwest at mid-century to Wall Street and Eastern Europe in the age of greed and globalism. Franzen brings an old-time America of freight trains and civic duty, of Cub Scouts and Christmas cookies and sexual inhibitions, into brilliant collision with the modern absurdities of brain science, home surveillance, hands-off parenting, do-it-yourself mental healthcare, and the anti-gravity New Economy. With The Corrections, Franzen emerges as one of our premier interpreters of American society and the American soul.

Enid Lambert is terribly, terribly anxious. Although she would never admit it to her neighbors or her three grown children, her husband, Alfred, is losing his grip on reality. Maybe it’s the medication that Alfred takes for his Parkinson’s disease, or maybe it’s his negative attitude, but he spends his days brooding in the basement and committing shadowy, unspeakable acts. More and more often, he doesn’t seem to understand a word Enid says.

Trouble is also brewing in the lives of Enid’s children. Her older son, Gary, a banker in Philadelphia, has turned cruel and materialistic and is trying to force his parents out of their old house and into a tiny apartment. The middle child, Chip, has suddenly and for no good reason quit his exciting job as a professor at D—— College and moved to New York City, where he seems to be pursuing a “transgressive” lifestyle and writing some sort of screenplay. Meanwhile the baby of the family, Denise, has escaped her disastrous marriage only to pour her youth and beauty down the drain of an affair with a married man–or so Gary hints.

Enid, who loves to have fun, can still look forward to a final family Christmas and to the ten-day Nordic Pleasurelines Luxury Fall Color Cruise that she and Alfred are about to embark on. But even these few remaining joys are threatened by her husband’s growing confusion and unsteadiness. As Alfred enters his final decline, the Lamberts must face the failures, secrets, and long-buried hurts that haunt them as a family if they are to make the corrections that each desperately needs.

I don’t havemany 500+ page books. That’s not aacceptable at all. So drop me your top 5 in the comments.

Confessions of A YA Reader

Reading With My Eyes